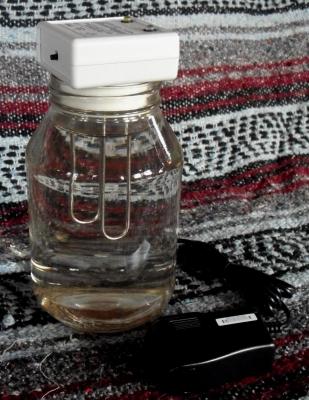 The "Silver 9" is my latest design after 20 years of pioneering innovation as more is discovered about the process over the years.

Everything I could imagine was done to make it more robust by limiting moving parts to as close to zero as possible ["BulletProof" Long Life,  REALLY Hard to break. ], more easy to use and more versatile

Internal rectifier to sort out input polarities automatically...so you can't hook it up wrong.

Easy electrode mounting and dismounting using the most commonly available silver wire diameter [12 gauge] to make it easier to make your own electrodes should that become necessary.

S.W.A.P. function output [Square Wave Alternating Polarity] to keep the electrodes clean and to get the most out of your silver electrodes by turning most of the byproducts of electrolysis  back into the desired product rather than sludge on the bottom.

Controlled Current via transistorized feedback circuit to avoid overloading the Nernst Diffusion layer at the surface of the electrodes. [ Current Density:  The optimal 1 MilliAmp over 1 square inch of electrode surface area]

The "Do Nothing" plug it in and walk away setting is 10 PPM.

To automatically add to that, press the programming button once for every 2 PPM extra you want to wind up with when running a quart sized batch [that's 4 PPM in a pint]

YOU tell it where to stop and wait for you.  Also does a countdown to let you know 'how much longer'

"Set it and Forget it" at any PPM you want at or over 10.  [No other generator out there will allow that sort of control...but water does have its limits]

Nano Ion "Particle" Size produced by the Silver 9 generator: [Terms intentionally mixed illustrating common mis-useage by "salesmen" and many others]
An ion is smaller than the atom
A silver ion is 1.26 Å in radius  [2.52 Å Diameter]
A silver ion, by definition: A single atom minus an electron at 0.000252 microns *diameter*

Price includes: [Everything you need except a jar and distilled water]

1 set of 7" U shaped Electrodes [12 gauge 99.99% silver ] [As of 1/1/2015 the Silver 9 Generator will use unadapted 12 gauge "PocketPuppy" aka "Series 3" electrodes, which will make it easier for you to make your own electrodes, but limits you to 12 gauge wire ]
The older version that uses the adapted Series 2 electrodes, the sockets are flush with the bottom vs a protruding socket.
1 "Silver 9"  Generator.
1 "Plug in Wall" Power Supply 120 to 230 volts to 24 volts DC Center Positive [ plug adapter for overseas use supplied free of charge according to where it's being shipped or as requested].

Why the "U Shape" round wire electrodes ?

Edges and corners concentrate current discharge which will make straight electrodes erode into sharp needles that get shorter and shorter, further concentrating the current. [That's why lightning rods are pointy]

Flat electrodes have both corners and edges which will erode into a spear point and progressively become shorter as well.

With no corners or edges in the water, round wire 'U Shaped' electrodes erode evenly for a more uniform current discharge and provide a much longer lifespan.

Add to that, the SWAP function converting most of the byproducts of electrolysis back into ions virtually eliminating waste, the electrodes last an EXTRAORDINARY Length of time.

Technically speaking, an ion is a particle as it does have mass and takes up space. but some common use of language distinctions so often omitted  to confuse you in order to make you  believe there is something 'special' going on and make a sale, are :

A "particle" is a chemical molecule or cluster of atoms larger than a single atom.

An Ion is an Ion all day long and they only come in one size per element  no matter how they are made.  AKA  "Charged Particle"  A Silver Ion being, one silver atom missing one electron.

A "Nano" is a unit of measurement which is meaningless without a descriptor.. *HOW MANY* Nanos.  [I could measure your car in Nanometers and call  a Cadillac a "Nano Particle"]

"CS" and "Ionic Silver Solution" or "SilverSol" are commonly used interchangeably  without intent to confuse just so people can find things...but there are some who intentionally misuse TO confuse, just to make a sale.

CS  "Collidal Silver" is UNCHARGED particles small enough to stay suspended in water on their own.  [ A Nano Cadillac doesn't qualify ]

Ionic Silver is silver ions  or "Charged Particles",  DISSOLVED in water as a solution vs a suspension.

ALL generators that use water and electricity make ONLY Ionic Silver, but " Colloidal Particles" do happen as a product of the environment the ions are produced in. [They are all never just one size]

The Silver 9 controls as many environmental factors as is possible to keep to keep the uncharged collidal particles forming out of the ions as small as possible.

If it sinks, it ain't "Colloidal"...which is really handy as a non contaminating way to have nothing but "Colloidal Size Particles" in your end product.  IE: Let all the bigger ones settle out.

EIS  Is "Electrically Isolated Silver"  a more accurate term to describe the end product which is a mixture of both colloidal and ionic silver.

Stirrers aren't  necessary due to the S.W.A.P output of the Silverpuppy generators preventing conductive ion tracks forming between the electrodes when using the more common DC Current  output used by most generators out there. [Including the ~18 year old Series 1 "Pups" with only one or no switches on top ]

Do you NEED one?  No.  [I've been running  quart sized batches all year without a stirrer and, quite frankly, I can't tell the difference.]

So long as most of the water is near the electrodes, natural convection, Brownian Motion, polarity related ion travel direction change, ion velocity and mass will move water molecules around sufficiently and the S.W.A.P. polarity switching function will prevent conductive pathways from forming in the water between the electrodes. [No need to disrupt something that no longer happens]

If using the old DC output generators, [regardless of who makes it ] a stirrer is a HUGE boon for consistent results.

Jars: "Standard or Small Mouth Canning Jar"  is user supplied. [The Laser Cut Jar Adapter allows the use of almost any container ]

A Battery Adapter will run any "SilverPuppy" generator  using many different sources of power....it's not very picky and can't be hooked up wrong....

The "Silver 9" generator works well without a stirrer in the default S.W.A.P. output mode when making one quart and smaller batches.

A quart is typically about a months supply for normal everyday use. 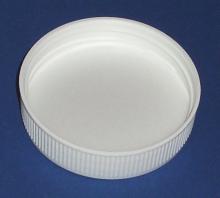 Batch Labels /5 for a dollar